Everyone, in all good Alexien, has heard of IFTTT… But saperlipopette (this is the translation of “WTF”), what is that? And what does this boring acronym barbarian mean?

Hey yes, who hasn't heard: "Not possible to do routine, but we can go through IFTTT without problem"… Well yes, of course. And otherwise, "To destroy the surface flora of the meat, simply put under vacuum, at the risk of selecting anaerobic bacteria or even micro-aerophilic if the vacuum is not high enough"… It's not clear, eh? Well no, well yes, but for those who know. And that is annoying.

So to keep you from getting your famous " Yes Yes ", which means " I did not understand anything ", we'll explain. 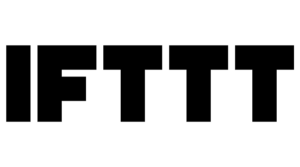 IFTTT is not pronounced IFTTT but If.TTT or If.ti.ti.ti depending on whether you speak English or French. It is the acronym of "If This, Then That"... Which can mean "If that happens, then do that". It is therefore, as the explanation of the name suggests, a service allowing you to create instruction chains. It's like a little program, very simple.

This was created in 2010, by Linden Tibbets and Jesse Tane. Originally, IFTTT was used for the Web and its various applets (mini programs) which can for example allow you to send an automatic response if your # or @ is mentioned in a comment or directly send to your online storage a photo that you liked on social networks.

In 2013 and 2014, iOs and Android applications were created to make it easier to use. The system has continued to improve, with preprogrammed action buttons such as the Do, Camera or Notes buttons for example.

But as early as 2012, the service had already made it possible to take into account the management of objects connected to the Internet.

But to do what and how?

In some cases, there is no possibility of making routines by Alexa to scenarios by Smart Life or Tuya. And so we are blocked ... But no, not necessarily.

As we mentioned in the previous part, IFTTT supports the management of connected objects… On condition that the manufacturer has integrated this possibility. For example, if Smart Life did not plan to use IFTTT, you could not do anything with the connected objects working with it. Same with Alexa. It makes sense, if you don't have the recipient's address then you can't send an email and so they can't reply back to you.

But how does it work? We're coming, calm down.

First of all, you should know that everything is in english. But it's understandable enough. Then, there is a particular vocabulary to know in case you want to create your own " recipe ".

Hey yes, this is the first vocabulary to understand: "Applet". This is actually your program. In this recipe (it's the old name), you will put ingredients, which are in fact the data that the "trigger" will take into account. The “trigger” is the This, this is what will initiate the program and therefore trigger “That” Actions. The "That" is the result of the action.

There are therefore 6 steps:

- Choose the service. This is the brand you are looking to automate, the website of your choice ... Alexa for example, but also Smart Life.

- Then choose a trigger, the This. This is what will initiate your action.

There is a Prévert-style list (for those who still know) of possible triggers: sentences to say for example. If you can't find a trigger, you can suggest a new one, but you can't create a new one. You may be using the wrong trigger. If you are looking to control a connected object, look instead at the triggers linked to the application that allows you to control it (Smart Life most of the time).

- Then let's move on to That. So take action. Same way, go choose the service that will start.

It is necessary to connect to the chosen service with your credentials and select the action to be taken ... 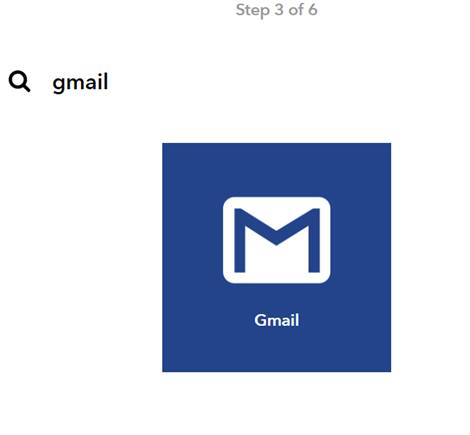 Now choose what to do. In our case, we decided to send each other an email so the subject will be our trigger. 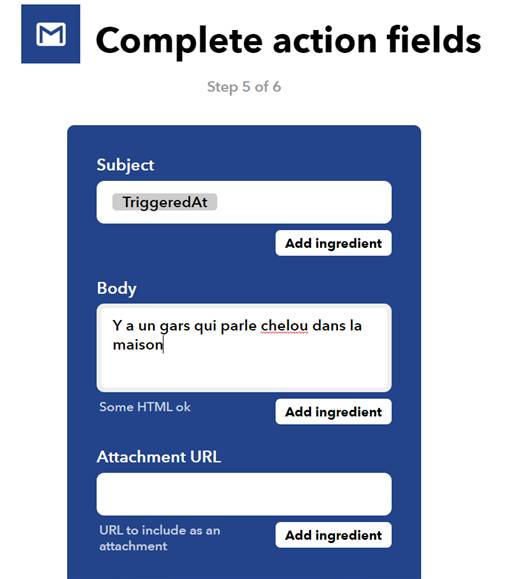 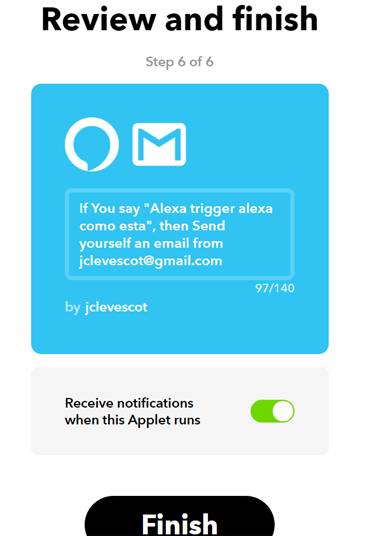 Of course, you don't have to make recipes with as much added value as the one in this example. We had helped you in one create one for the Blinks a while ago. It is also possible, as a trigger, to choose a GPS location to turn the lights on or off when you arrive or leave your home, for example.

If you do not feel like doing complete programming, know that there are a number of them already created, by brand, where you can find your happiness. For example, just with the function Alexa, you have applets for lier Alexa and Gmail and receive notifications or find your phone by asking Alexa…. Nothing could be easier in this case than to link your accounts and activate them. The possibilities are truly immense. 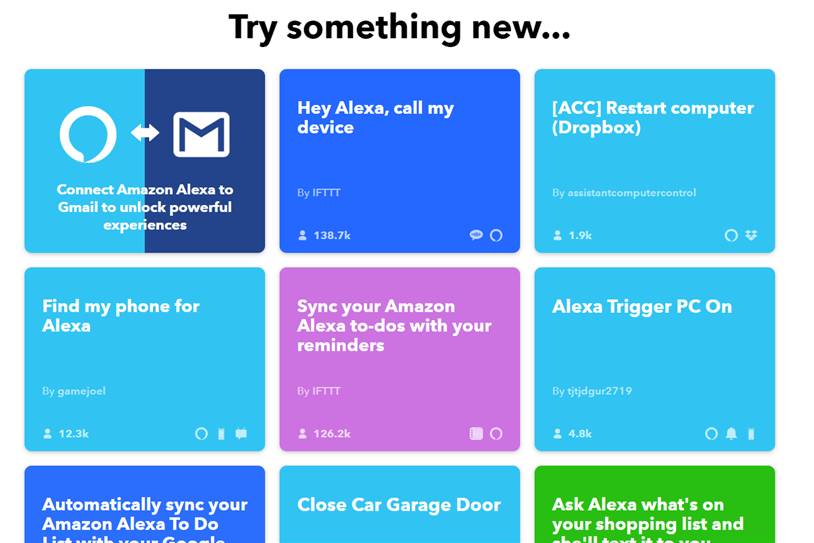 This article aims to give you an idea of ​​what IFTTT is and what it is for. You are then free to come and do hacks in order to make your own programs and individualize your experience with Alexa or compensate for failing possibilities on the part of manufacturers orAlexa.
Find IFTTT recipe ideas to include in your routines Alexa in our new tutorial.
Tags Alexa Alexa Echo Amazon Alexa IFTTT Tutorial IFTTT Tutorial
Jean-Christophe December 9, 2019
Jean-Christophe
More
Did i choose Alexa or did she choose me? Let's say that as a beta tester, it's a bit of both! And I do not regret having met our favorite assistant nor this adventure undertaken with Alexien Modo. Technophile, self-taught and loving popularization, I try to make our common passion easy to access!