Alexians like to try new things and think outside the box. We regularly test for you (and for our pleasure too eh!) taken, bulbs, cameras, thermostats… What hard work… But we devote ourselves to this task with ardor and pleasure to satisfy you and give you ideas. And precisely, we decided to do a test, the start of a new series surely, on the accessories non-technological for use with Echo devices.

For this first test, here is the table stand for Dot 3 Babacom. "Why this one? You will ask us. Well look at it! Isn't it out of the ordinary ?!

Babacom: the baba of good support

A question always arose when we looked at the Dot 2 media ... But why are they all the same? they are sad, stuck to their socket… The Dot is hidden, pressed against the wall… There are many flat supports but which are above all caches allowing to dress a Dot 2 which could be austere…

With the Dot 3, flat mounts cannot be used because the raised fabric cover of the device is much prettier and allows sound to be diffused. We don't really want to hide it. There are many wall mounts, as for the Dot 2 which ultimately have the same problem, namely flattening the Dot against a wall, like an old tea towel, and from there, preventing it from being moved, highlight ...

The interest of it is precisely to put the Dot 3 in value. And this both for a purely aesthetic aspect but also for a sound aspect by raising it and making it multidirectional. And frankly, that's what we expected from support!

The Babacom is delivered in a small, light and fairly well-made cardboard box: fairly sober visual but with the blue color code ofAmazon. The tone is set: we are on a product dedicated to Dot 3. No instructions in the box, just a bag with the components to be assembled. The assembly plan is on one of the edges of the box.

There we find the foot of the 10,5 cm diameter support, the main rod, the clamping wheel and the support as such. You will immediately notice the similarity with cell phone or car GPS mounts. It is exactly the same system: insert the rod into the base of the support and turn to the right by pressing to lock it, then put the tightening wheel and put the head of the rod in the back of the support then tighten with the dial. And There you go ! In 15 seconds, it's up.

Regarding the dimensions, we are on a footing of 10,5 cm in diameter and height of 8,5 cm (at the base of the Dot and flat, so add its thickness) to less than 70g. The "rod" has a hole in its base to allow the power cable to pass through it, if necessary. It is made of good quality and strong shiny plastic. 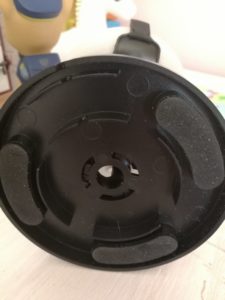 The Dot receptacle consists of 3 "fingers" covered with a silicone coating to prevent both the Dot from slipping but also not to damage the fabric. It fits perfectly, without forcing. Three small rubber pads under the foot prevent it from slipping.

Once mounted and the Dot on it, the mount is really interesting to use. Why ? 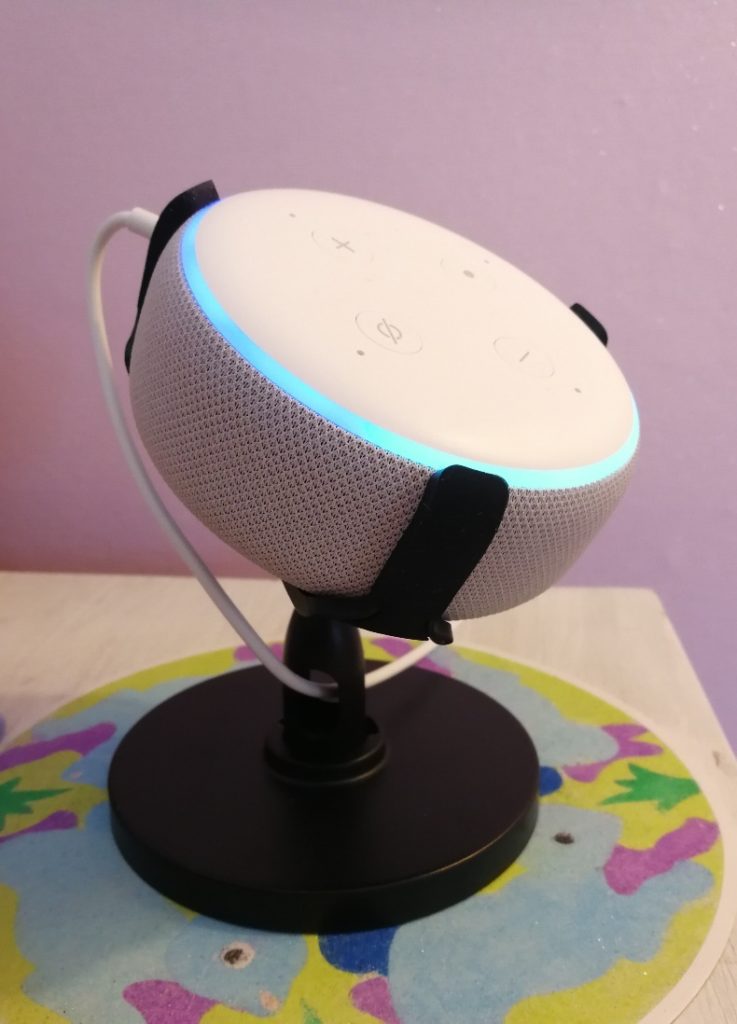 Finally, this support is very practical and smart enough for two reasons: it allows highlight his EchoDot 3 like on a display, which is nice considering the design of the Dot, but alsoimprove sound rendering already very good from the Echo to a certain extent. It is therefore a double strong point. However, it should be noted that despite what it is noted on the box only the black version is available, which is a shame when you have a white Dot 3… The silicone lugs tend to catch dust, which is normal given the material.

For a first test, Babacom did its job brilliantly even if users' expectations for this type of accessory remain very subjective. 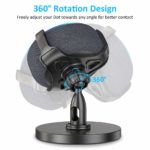 Available on Amazon. Fr
Tags Accessories Amazon Echo EchoDot 3 Echo Dot 3 support
Jean-Christophe February 22 2019
Jean-Christophe
More
Did i choose Alexa or did she choose me? Let's say that as a beta tester, it's a bit of both! And I do not regret having met our favorite assistant nor this adventure undertaken with Alexien Modo. Technophile, self-taught and loving popularization, I try to make our common passion easy to access!