Not long ago, the Alexians made you discover a somewhat special take because it had a hint of nightlight… But it was just a faint glow more for the visual aspect than for anything else. The management of the Alexiens has therefore chosen to present you with a take that is also really nightmarish. And here is our discovery: the Panamalar EWN01-EU pilot socket. Sold in sets of two, it takes a little less than 30 €.

The Panamalar socket is type E / F. So with earth pin fully adapted to our French sockets for the male part but although there is none for the female part, the earthing is done by the top and bottom metal tabs. So no problem to connect our devices. Delivered in a brown cardboard box, fairly basic with the characteristics of the sockets and a QR code Smart Life, you will find your two well protected outlets there.

The sockets as such do not have a very innovative design. It is quite basic and the aestheticism is not particularly developed. On the other hand, the plastic is quite strong and the finishes are quite well done. You will also find an installation guide in English, very well done and very complete (which even explains how to make it work with IFTTT). 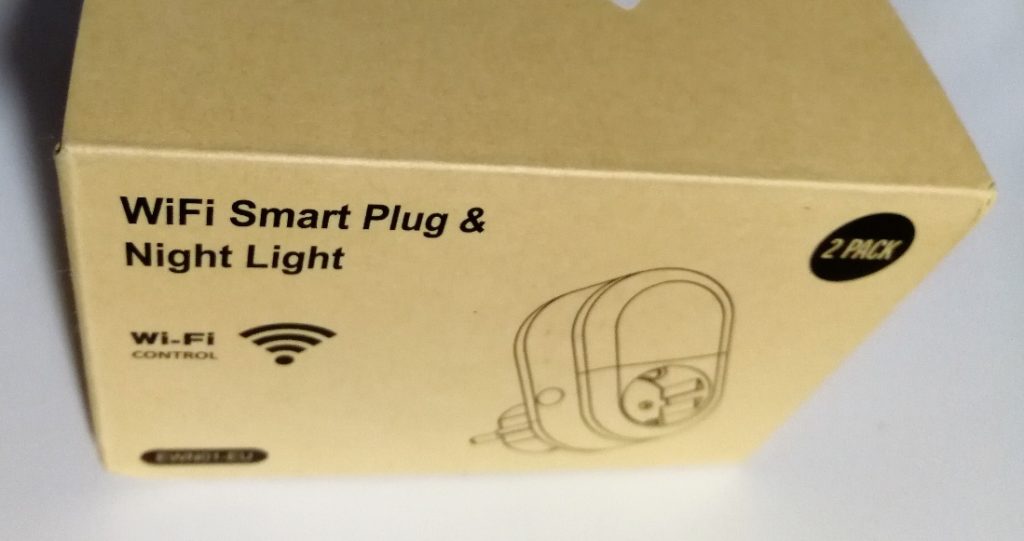 The socket has a weight of 140 g, which puts it in the market average. Like all the other sockets, it also has a physical button (on the side). On the other hand, no small independent LED to give the status of the socket (on and off). The pilot part takes the other half of the socket and announces that good for this function because we have real light.

Let's take a closer look the night light. Finally, given the shape, we are almost on a nightlight which does the opposite. But the great thing is that brightness is adjustable, which makes it possible to adapt it to the room where it is placed or to the use. Because even if it is not powerful, the night light is there to bring a glow and not to illuminate a room. On the other hand, only white light and no other choice.

Like many plugs and lamps, the Panamalar will use SmartLife. No difficulty in installing and configuring it, the whole thing took barely 4 minutes. There are some interesting little gadgets like a countdown before disconnection of the catch and of course of the programming. Once installed, you can choose the name of the socket, the night light and also the name of the set. The installation is between that of a socket and a bulb. The night light will blink like a light bulb during its setup.

What do we find under Smart Life?

Be careful, for the socket to work perfectly with Alexa, do not let it be detected automatically. If this has already been done, it is necessary to remove it from the application Alexa to redo the detection. This will be seen because the plug will appear in the form of an envelope and not of the symbol taken ... To make this happen without any problem, press + in the connected home part, then on add a new device and choose Tuya then socket. Let it go and you will see not only the socket but also the LED appear as a light ...

This nightlight socket is quite interesting: finally a real socket of this type to put in a room or in a hallway for the night. The price is also quite interesting reduced to the catch but it is almost almost possible to buy them only in sets of 2, which can be too much.

Available on Amazon. Fr
Tags Alexa Amazon Alexa Amazon Echo pinch of Alexa Connected socket pinch of Smart Life Night light socket night light
Jean-Christophe March 8, 2019
Jean-Christophe
More
Did i choose Alexa or did she choose me? Let's say that as a beta tester, it's a bit of both! And I do not regret having met our favorite assistant nor this adventure undertaken with Alexien Modo. Technophile, self-taught and loving popularization, I try to make our common passion easy to access!