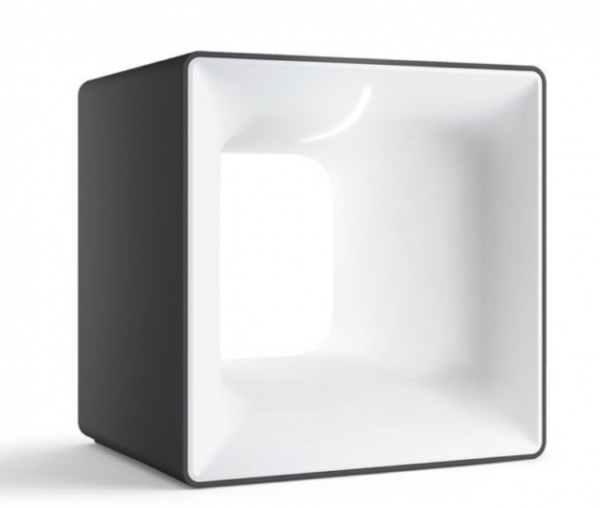 Leroy Merlin was founded shortly after the First World War by Adolphe Leroy and Rose Merlin, his wife, in order to resell the American military surpluses remaining on the territory. The first store under this well-known name did not open until 1967, the brand developing timidly until it was bought in 1981 by the Mulliez family, notably also owners of Auchan and Boulanger. With a large number of stores scattered throughout the territory, the brand is as close as possible to its customers and now intends to allow them to get into home automation at reduced prices with its box Enki.

Much more than a simple gateway, the Enki box integrates no less than six protocols: Wi-Fi, ZigBee, Bluetooth, EnOcean, Dio and LoRa and allows them to be grouped together via its unique and unified management application. An undeniable plus for fans of voice control, the Enki box being compatible with voice assistants Amazon Alexa and Google Assistant. Let's see what this home automation box general public sold for only €119 in all Leroy Merlin stores…

Le Enki home automation box by Leroy Merlin is presented in a white and green cube with a lot of information. It's not super sexy, to be honest, but it's exhaustive! We immediately notice the pictograms of the voice assistants Amazon Alexa and Google Assistant with which it is compatible. The functionalities and technical characteristics are included in six languages.

By removing the sleeve and opening the box, you do not immediately discover the box Enki. No, it is well hidden under the instructions and a first cellulose tray which contains the accessories.

In this first tray you will therefore find as an accessory:

And here is the Enki box! Made of white polypropylene for its interior, anthracite for the exterior, its dimensions are reasonable but still larger than the Homey Bridge. It measures 16cm x 16cm x 12.5cm and weighs 631 grams. At Les Alexiens, we particularly like its design, sophisticated and contemporary, with the most beautiful effect. This Enki box is very successful.

“This Enki box is very successful. »

In the white internal part, there is a narrow LED band at the top which indicates the different statuses of the box:

In short, the Enki box is a complete product.

Let's look at the back where we find:

Below, there is a hatch where the identifier of the box to be used during its installation is noted, but also a QR Code. This location can also receive a Li-ion backup battery ensuring up to 4 hours of autonomy in the event of a power cut and offering LoRa connectivity. This battery is very useful to ensure the continuity of service of an alarm for example. Please note, however, that it does not dispense with an Internet connection for "daily" management.

Installation and use of the Enki box by Leroy Merlin

Leroy Merlin has developed a dedicated application logically named… Enki for his Enki box. Not stupid, huh?! Of course it is available at Android et iOS and easy to install and use. Let's see.

Installation of the Enki box

Once the Enki application has been downloaded, you typically need create an account. After validating your geographical area, fill in your surname, first name, email address and a password. Go to your email where a two-step activation link for your account had to be sent… As far as we are concerned, we had to wait a long, very long time. Too long. So you have plenty of time to make a coffee, drink it, do the dishes and put it away. Once this is done, click on the link, then the confirmation to validate. You will then receive a welcome email.

Return to the application and continue, confirm your time zone and you are finally on the home page.

Once in the application, the first thing to do is toregister the Enki box. To do this, click on "View my items"… The page is still blank then on "Add an object". There, select Enki, then the box Enki.

If this is not done yet, connect the box to electricity and press the button. The LED will turn solid dark blue and after 2 minutes it will flash sky blue then white during pairing.

Box registration can be done either with the QR Code or with the identification code which are indicated in the hatch under the box. We opted for manual entry.

To connect the Enki box, you also have two choices:

We opted for a Wi-Fi connection:

There you go, the Enki box is installed. At the end of the procedure, an update is carried out, it can last several minutes. On its own, the box is not very useful, it is only a gateway between connected objects and the Enki application. Let's take a look at what this application offers by adding a few devices.
The procedure is classic, but it took us several times before succeeding, the network not appearing. If this is the case, turn off the Enki, turn it back on and wait a bit.

The Enki box appears in the central part with its last activity. By clicking on "View" it is his logbook that can be consulted. Above, the pencil allows you to change the background photo and modify the placement of favorites.

On the left, the menu allows you, in addition to seeing the objects connected to the box, to create zones by choosing a pictogram and assigning it the name of your choice. All that remains is to attach the objects that will be attributed to this room.

La scenario creation is obviously planned, we will detail them in a future test, these being directly linked to devices.

Finally, you can enable/disable notifications depending on your needs. The proposal is made upon installation, but you can modify this parameter here.

You can monitor the status of the box by going to "My boxes". You have the connection and power status. If the dots are green under the pictograms, everything is good. If they are greyed out, there is a problem. A restart may be necessary, see a reset. In this case, a paperclip will be needed to push the point into the hole provided. We needed to resort to it, this one refusing a reset or a deletion after a few days of services without complaining.

When devices are chosen as favorites, they take place on the home range. Thus, everyone has the possibility of composing their home page without overloading it unnecessarily. The presentation is clear, airy and simple. We appreciate the possibility of having objects or scenarios put forward.

The choice of icons is vast and the first suggestion is usually appropriate, but it is of course possible to choose another one.

By touching the device icon from the home page or from "My objects", you can access its various settings, as here for a light bulb Philips Hue White Ambience. On/off switch, adjustment of color temperature and light intensity are presented on the same page. If you know the application Smart Life, you will not be lost. It's simple, but effective.

The display of information from our Netatmo weather station is quite effective and allows you to view the measurements of the base station elements at a glance. Unfortunately, only base modules are supported, additional modules do not come up.

If you have the Netatmo thermostat and its thermostatic heads, the Enki application can also manage them. The graphics are a little austere, but everything is functional and you can change orders without going through the in-house application. This will be particularly interesting for creating interactions with other connected objects.

Obviously, these are only a few examples and we will present other compatible connected objects to you in the coming days, but note that the solution makes it possible to manage lighting, heating, opening motors, but also the security of your home with alarm systems. In short, the Enki box is a complete product.

Devices compatible with the Enki box

The Enki box makes it possible to integrate a large number of devices. Supporting six of the most used protocols in home automation, including the essential ZigBee, Leroy Merlin claims that it is compatible with no less than 500 connected objects from 25 different brands.

Finally, the excellent news is that the box Enki is compatible Alexa and Google Assistant. To do so, simply activate the Enki skill for Amazon Alexa or extension Enki for Google Home by linking your accounts.

With Alexa, it is possible to synchronize the box directly, even without an installed device, which Google refuses and for which you need devices to be traced. Once your connected objects are associated, you find them as if they were associated with their native application. But, more interesting and big advantage of this solution, it is that like a Homey Pro, Jeedom or Home Assistant, the Enki box can make compatible products that are not natively compatible. And that is great!

Our opinion on the Enki box

Of course, this is only a first assessment and we will come back to the subject as we go through our various tests of connected objects provided by Leroy Merlin. Overall, after a few days of use, we found the convincing Enki home automation box, and this for many reasons.

In addition to a pleasant modern design, Leroy Merlin's home automation solution isgreat simplicity of installation and use. The Enki application, although a little austere if compared to Homey or HomeKit, offers a compelling user experience so fluid and logical is it. Simplicity seems to have been at the heart of the development of the solution, which is not surprising in the case of a consumer product, but it is worth emphasizing. We regret, however, lack of web interface allowing for example to display a dashboard on a computer or a connected screen. Nevertheless, a touch pad can quite fulfill this role since theEnki app is available on both Android and iOS.

As for voice assistants, here too, nothing to complain about for users ofAlexa like Google Assistant. Everything goes back up perfectly, the Enki box even allowing create scenarios which will be used in routines. We had heard of some latencies, but they remained very reasonable with Alexa, Google Home not being known for its responsiveness. In short, here too, everything is easy to configure

View
Tags Home automation box
Vava Tc February 21 2022
Vava Tc
More
Simple user and novice fallen into the pot Alexa, this one fascinates me and thanks to the boys, Jean-Christophe and Alexien Modo, I learn a little more every day. Loving the different aspects ofAlexa, I turned to skills to share my discoveries with you.