While its voice assistant is still limited to Messenger and WhatsApp calls, Facebook has just deployed it on version 18 of the software for the Oculus Quest virtual reality headset. Increasingly appreciated by VR fans, the brand would like to make its system even more autonomous by allowing players to navigate via voice commands by simply pressing a button on the device. 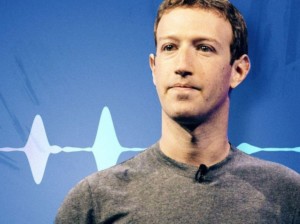 It's no secret that Facebook has been developing for over two years now a voice assistant wanted by Mark Zuckerberg and wishes, from the start, to integrate them into its range of AR / VR products.

For the moment only capable of placing simple orders on the communication applications of the specialist in social networks, the assistant is already integrated into the Facebook connected screens Portal alongsideAlexa which allows it to fill in its shortcomings.

Since the start of the year, Facebook has reportedly started recruiting beta testers in the United States by paying them to train its voice recognition and has even, recently, integrated it into beta in version 18 of the software running its headset. VR Oculus Quest.

As revealed venturebeat.com, all you have to do is go to the device settings to find a “Voice commands” menu allowing you to activate a quick shortcut. A double click on the Quest's Oculus button then activates the voice commands and asks the assistant to take pictures during the game, to launch the broadcast on a remote screen or to deactivate the virtual virtuality headset. in order to turn it off. Orders that are still simple then, but which foreshadow a new offensive by the company in the field of voice assistants ...

A new competitor for Alexa and Google Assistant? 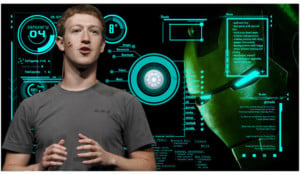 After the integration of an assistant a little limited to its range Portal, is the social network on the verge of definitively launching itself on the favorite playground ofAmazon and Google? It's possible. Indeed, we have long known this will of Mark Zuckerberg who has been using his own for years. voice assistant his home.

Responding on behalf of Jarvis, in reference to Iron Man's butler, the artificial intelligence developed and coded in a year by the boss of Facebook already allows him to scan the faces of his visitors, to read music and to control his automation. Though he's tailor-made for him, the voice assistant who borrows his voice from Morgan Freeman might end up joining Alexa, Google Assistant or Siri in the race for the connected home ...

Tags Voice assistants Facebook Oculus Oculus Quest
Alexien Modo July 6, 2020
Alexien Modo
More
Fascinated by Alexa since the day I received it in beta test, I gradually became passionate about the subject, before deciding to go further by creating a site with Jean-Christophe. An activity that allows me to quench my thirst for new technologies and share my discoveries about the nicest of communities: Les Alexiens.