As an Alexien, you have surely heard of protocols, ZigBee, Z-Wave and others… But what is it? People using these terms seem so knowledgeable and on top of everything! And that annoys and it can even make you mean. So calm down, we'll explain what it is in a very simple way. No detail in all directions, no endless explanation. We are like that, we like popularization but not vulgarity.

A protocol? Did you say protocol?

But what is a protocol? Let's start from the beginning. Because everyone uses this word, but concretely, what is it? A protocol is, in the broad definition of the term on the Larousse, a "set of rules, questions, etc., defining a complex operation". If applied to computing, it is a set of rules defining the mode of communication between two computers, or between connected devices. Basically, it's the grammar of a specific language. And like all languages, the grammars are different. If you can speak English, you will be able to understand (or guess) a little bit of Dutch or Danish at best, but not Finnish or Japanese. It is the same for communication protocols between connected devices: a bulb operating under ZigBee will not be compatible with Wi-Fi or Z-wave, or at least without hack. Internet is a set of protocols in itself and TCP / IP, HTTP, HTTPS,…, are all rules of grammar.

But why use different protocols? Because each will have its advantages and disadvantages and will thus be more suited to a specific use.

Yup, Wi-Fi is a protocol. It's even the first in terms of use, because most homes, hotels, public places, etc., are provided with it via a Box. The vast majority of devices work via Wi-Fi: TV, PC, laptops, smartphones, bulbs, sockets, printers ... Governed by the IEEE 802.11 standards (this acronym probably tells you something), it will allow communication by radio waves between different devices.

La Wi-Fi range is a few tens of meters without obstacles, hence sometimes the need to put repeaters to mesh routers. It has the advantage of being able to allow substantial data exchanges such as streaming, online work, internet browsing… thanks to its wide bandwidth. The problem with this technology is that it is easy to hack if not secure and is quite power hungry. Also, if you have a few devices connected, it will quickly saturate, especially if they are all connected on the same frequency, which is often the case since connected devices often operate on the same bands. In that case, you will go on mesh or CPL router to mesh your network and therefore dispatch your connections to several access points.

Most of you must have heard about the ZigBee protocol through the Philips Hue, marks Osram or Trådfri but also thanks to theAmazon Echo More and at Echo Show 2.

Le ZigBee will allow communication between different devices via radio waves of low power frequency 868,42 MHz (therefore short distance) but also and above all in 2,4 GHz, such as Wi-Fi. It is governed by the 802.15.4 standards.

This protocol open-source has several advantages when compared to Wi-Fi:

However, it also has drawbacks: 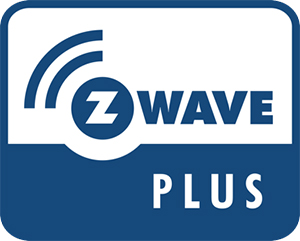 It is also a “Z protocol”, like ZigBee, but not compatible with each other, specially developed for home automation.

Like the ZigBee, it allows communication between different devices via low-power radio waves with a frequency of 868,42 MHz (therefore short distance) exclusively. Z-Wave is a protocol based on proprietary technology, it was designed by the Danish Zensys but it is used by a large number of manufacturers.

In principle, it has the same advantages and disadvantages as the ZigBee but others should be highlighted:

But beware, the only 868 MHz frequency band makes it more sensitive to interference. This can cause problems for single band alarm systems for example. But even if on paper it seems simple, the 128-bit encryption keys make it possible to secure everything effectively (like the ZigBee). Another negative point, the price of compatible peripherals is quite high...

That said, its inter-compatibility between different brands due to its proprietary protocol, its mesh network and the fact of not saturating your Wi-Fi at all means that it is the preferred protocol in home automation via boxes like Jeedom, Eedomus, Rapsberry ... But for some, to go up to the card, you are free to choose the protocol you like.

This is the end of this quick owner's tour of the most well-known protocols, in particular Wi-Fi and ZigBee for Alexians (Bluetooth was not discussed because it is used a little less by Alexa). There are of course others such as Enocean, Edisio… Purists will find these explanations too succinct, and will add “buts” or “No! "...

However, if they are purists, they are bound to know a lot more and do not need this article. On the other hand, we hope that thanks to these few lines your frustration has disappeared and that these protocol names are no longer bad words for you.

Tags protocols home automation protocols w wave Wi-Fi Zigbee
Jean-Christophe June 3, 2019
Jean-Christophe
See more
Did i choose Alexa or did she choose me? Let's say that as a beta tester, it's a bit of both! And I do not regret having met our favorite assistant nor this adventure undertaken with Alexien Modo. Technophile, self-taught and loving popularization, I try to make our common passion easy to access!