Amazon had filed with the USPTO, in March 2017, a somewhat specific patent application for its voice assistant: the detection of possible diseases in the user by voice recognition. The idea is to use voice recognition to detect a disease in its user and to offer drugs or remedies for grandmother. But what can this patent granted Tuesday by the American authorities and entitled "vocal determination of the physical and emotional characteristics of users" hide? 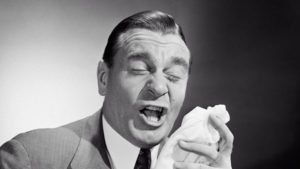 Basically, nothing very surprising and it is not very difficult to imagine that this possibility no longer belongs only to science fiction. It remains to be seen what is the interest in Amazon? 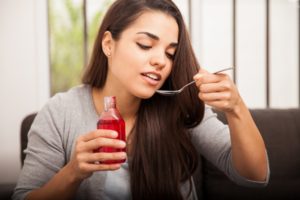 By detecting "abnormal" physical or emotional conditions, Amazon could better target its ads and, for example, offer a sick person to buy cold medicine. “A user's physical and / or emotional condition can facilitate the possibility of providing the user with highly targeted audio content, such as advertisements or audio promotions,” the patent specifies. Yes Alexa determines that you are hoarse, that your throat seems sore or that you have a cough, for example, she could “contact the audio server (s)” and select an appropriate announcement. Purchase suggestions or announcements could appear in your web browser, in your mailbox, or in your application. Alexa.

More Amazon could go even further by making Alexa force of proposal. "For example, some content, such as cough suppressants or flu medications, may be aimed at users who have a sore throat," the patent says. Alexa could therefore suggest: "Would you like to order cough drops and be delivered in less than an hour?" ". Once the order has been placed, the voice assistant would even be able to “add a message to the audio confirmation, such as 'take care of yourself'”. 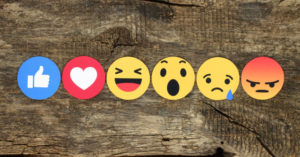 In addition to the detection of possible ENT-type diseases, Amazon also mentions in his patent a possible analysis of the emotional state thanks to a "voice processing algorithm" capable of detecting "happiness, joy, anger, sorrow, sadness, fear, disgust, l 'boredom, stress or other emotional states'. To achieve this, the analyzes would be "based at least in part on an analysis of the tone, impulses, sonority and / or harmony of a user's voice, determined from the processing of voice data" . The system would then apply tags to each physical or emotional characteristic, and associate them with "a data file" able to "determine what content to present to the user".

The emotion detection system would be adapted to each user, determining their "default state or normal / base state" in order to detect changes indicating that "the user's emotional state is abnormal", the surprising addition indicates. patent which further specifies that this technology would be able to determine the emotional state of "any user", whether or not he uses this device in the usual way, although it is more precise and adapted with a specific user thanAlexa used to scrutinize ...

Besides the analysis of your physical or emotional states, the patent ofAmazon finally indicates that the system takes into account the browsing and purchase history of the user: "embodiments of the disclosure can use physical and / or emotional characteristics of a user combined with behavioral targeting criteria (e.g. browsing history, number of clicks, purchase history, etc.) and / or contextual targeting criteria (e.g. keywords, page types, placement metadata, etc.) to determine and select content likely to be relevant for presentation to a user ”.

Tags Alexa Amazon Alexa Voice assistants sick maladies
Alexien Modo 18th October
Alexien Modo
More
Fascinated by Alexa since the day I received it in beta test, I gradually became passionate about the subject, before deciding to go further by creating a site with Jean-Christophe. An activity that allows me to quench my thirst for new technologies and share my discoveries about the nicest of communities: Les Alexiens.