If you have just purchased an Echo device, you are probably taking your first steps in the world of connected home. A booming sector, as highlighted in 2017 a study by Statista Digital Outlook Market relayed by Capital magazine, believing that connected objects linked to the home universe should represent a cumulative turnover of more than 1.8 billion euros by 2021. And the most promising sector seems to be home automation, with revenues estimated at 609 million euros within 3 years.

Yesterday, precisely, we explained to you how create a Jeedom home automation box with a Raspberry Pi at a lower cost for our favorite voice assistant. But one thing had escaped us: you may not know what a home automation box is. So, what is it for? How it works? The Alexians take stock.

Home automation, the brain of your home 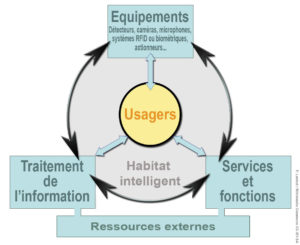 As a member of our Facebook community, you could not escape the connected sockets, Wi-Fi or Zigbee bulbs, smart thermostats, IP cameras, and other connected objects. Between the good tips we share and the many questions that feed the group daily, you have probably even caught the virus and started to equip yourself ...

After purchasing their first apparatus Amazon Echo, neo-Alexians are indeed quickly tempted to go further and start connecting their homes in order to take advantage of the comfort provided by home automation. All right, you might say, but what exactly is home automation?

As the precise Wikipedia, it is the set of technologies that centralize the control of the various systems and subsystems present in your connected home (heating, roller shutters, garage door, entrance gate, electrical outlets, connected bulbs, IP cameras , etc.). Home automation therefore aims to provide technical solutions to meet our needs for comfort, security and communication. In short, it's the brain of your connected home.

What is a home automation box for?

You might tell us: but I already have an Internet box, isn't it the same? Not really. Their only common point is to combine different technologies, although some ISPs have tried or are still trying to include home automation solutions in their boxes, as Orange did a few years ago with Homelive (which will stop definitively in July 2019) or more recently Free and its Freebox Delta.

Ok, but what is it for? As we explained to you above, the home automation box will be the brain of your connected home, the control center for your home and its connected devices. Because if Alexa It already plays part of this role, it still has many limits, especially if you have a lot of equipment. The box will allow you to centralize everything and see all your equipment on a screen, a "dashboard" that you can display on your computer, your tablet, or even your smartphone.

In short, a home automation box is therefore a kind of hub responsible for acting as a gateway between all the connected devices. 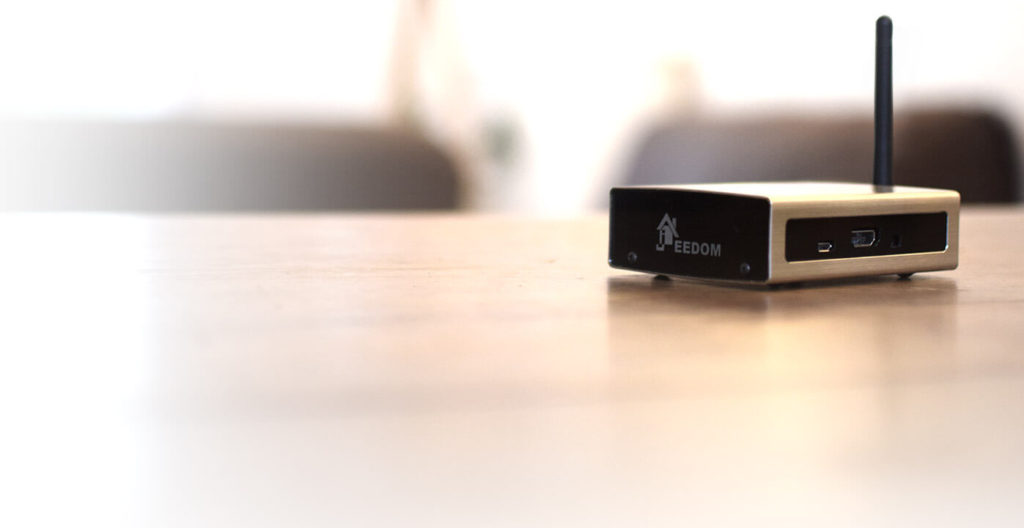 How does a home automation box work? 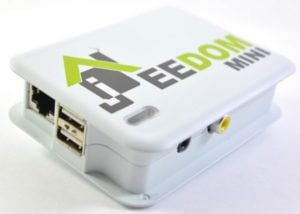 The home automation box is a real computer composed ofa hardware part (motherboard with processor, memory, etc.) anda software part (an operating system and a home automation application). Connected to the Internet via a network cable or Wi-Fi, it can also have a SIM card to compensate for possible breakdowns or the absence of a network.

To control a house, a home automation box works with sensors and actuators. The purpose of the sensors is to transmit information to the box (opening of a door, temperature, presence of water, detection of movement, etc.) and the actuators are tasked by the box to carry out a task following the information communicated by the sensors.

The box will therefore need a proprietary application (TaHoma, Eedomus, Zipato, Fibaro, etc.)  or open source (Domoticz, Jeedom, etc.) capable of interpreting this information transmitted by one, or more is better, communication protocols.

Here are the main protocols:

Which home automation box to choose?

Before choose a home automation box, it may be interesting to draw up specifications and analyze your needs. It is necessary for that well define your goals and you will be able to determine which protocol (s) to turn to.

If it is preferable to opt for a so-called "open" protocol so that all the peripherals can communicate with each other, the simplicity of a proprietary protocol can also satisfy you. So it's up to everyone to determine their needs.

Here are some home automation boxes on the market:

But you can also create your home automation box with a Raspberry Pi and Jeedom, or thanks to the solution Domoticz. It is not that complicated as you will see in our tutorial, and these solutions have the advantage of being open source and therefore very economical.

Tags Home automation box Automation home automation protocols
Alexien Modo May 5th
Alexien Modo
More
Fascinated by Alexa since the day I received it in beta test, I gradually became passionate about the subject, before deciding to go further by creating a site with Jean-Christophe. An activity that allows me to quench my thirst for new technologies and share my discoveries about the nicest of communities: Les Alexiens.