This is the big news of the day: Alexa will be the voice assistant for Freenautes. Free's long-awaited keynote has just revealed it, and to say the least, it's great news for the penetration of our favorite assistant. Activable by the phrase "Ok, Freebox", it will nevertheless probably be possible to change the "wake-word" and keep Alexa. The Alexiens are already impatient to see this new "machine" in action, because it must be admitted, this box is unlike any other. 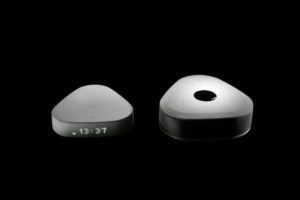 The least we can say is that Xavier Niel and his teams have once again hit hard. Integrating Alexa, a proven vocal assistant, but also by releasing a totally crazy object that integrates nearly 1000 € of new technologies, the telecom troublemaker hits hard again, 16 years after inventing Triple Play, and 8 years after the last Freebox Revolution…

“This is not a box. It is a unique experience. »Xavier Niel

The new Freebox V7, designated by Jasper Morrison, is also a magnificent object. Named Freebox Delta due to its shape, it will fit wonderfully into the most contemporary interiors. Free does a great job by bringing out an object that generates desire.

With its sound part developed by the famous and very high-end French company Devialet, of which Xavier Niel is a shareholder, it will offer Free subscribers a very high-end 5.1 system. The promise: 0 noise, 0 hiss, 0 distortion.

On the content side, the announcement of Free is just as impressive with an integration of streaming services such as Deezer, Youtube, Dailymotion, but also a subscription to Netflix included. You can also find more than 600 channels, including TV by Canal, but also more than 1 press titles unlimited in a kiosk available via the Free application.

“We have chosen the best voice assistant in the world, Amazon Alexa. "

A free security pack will be offered to all Freebox Delta subscribers, Free going so far as to promise to send a security guard to the subscriber's home. the Freebox Server will in fact also act as an alarm center thanks to connectivity SIGFOX, which will allow it to be completely autonomous, "even if your electrical system is cut". Free has even integrated a system for detecting suspicious noises, to be alerted in real time if a window breaks or if smoke is detected. A feature that is also currently being tested in the United States and that the French operator has probably developed in collaboration with Amazon. .

In short, a real connected UFO, designed in close collaboration with the teams of Devialet and D'Amazon, the main characteristics of which are:

Free markets its offer at 49.99 € / month, with a fiber subscription, Netflix included, and TV by Canal. Free subscribers will still have to pay 10 euros more per month to benefit from the Free Player. The little sister, the Freebox One, will be offered at a price of 29,99 euros for one year for the first 100 Freebox One subscribers, Free announced.

Tags Alexa Amazon Alexa Automation Free Freebox V7
Alexien Modo December 4, 2018
Alexien Modo
See more
Fascinated by Alexa since the day I received it in beta test, I gradually became passionate about the subject, before deciding to go further by creating a site with Jean-Christophe. An activity that allows me to quench my thirst for new technologies and share my discoveries about the nicest of communities: Les Alexiens.