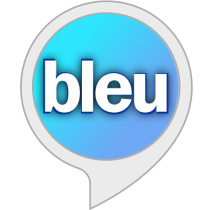 A new skill tested for you Alexians this week: France Bleu Occitanie. Why this one more than another region? Well because it's the only local skill available today!

A really pleasant skill for those who want to have news from this region. It will fit into your routine without difficulty ... We can hope that France Bleu takes up the idea of ​​regional skill from this independent developer so that everyone can find the one that suits them.

Note, however, that at the time of the test, it was the info from the day before that was broadcast and not just in flash! It is not less than 8 minutes flat of the morning newspaper of the day before that I could listen. A bit long for a flash, the other skills in my routine are waiting their turn to give me their info. We can bet that this is only a bug and that it will be corrected quickly. It is true that some other radio stations have already encountered this inconvenience and it had also been reported on your favorite group of Alexiens.

To complete your good information, know that France Bleu also has 2 other skills: France Bleue (live radio) and France Bleue - Sciences… That I let you discover at your convenience.

We therefore give it 5/10, because it has the merit of existing, but a bug preventing a better rating.

Activate the skill on Amazon. Fr

Tags Alexa Amazon Alexa Blue France skill cv
Vava Tc March 3, 2019
Vava Tc
More
Simple user and novice fallen into the pot Alexa, this one fascinates me and thanks to the boys, Jean-Christophe and Alexien Modo, I learn a little more every day. Loving the different aspects ofAlexa, I turned to skills to share my discoveries with you.